Bacteria plaque can cause the acid which comes from sweet and foury foods.This acid can demolish the mineral tissue of enamel and cause the caries which is called cavity.
Mainly there are three reasons of caries:
1-Bacteria plaque (Tooth plaque)
2-Foods include carbohydrate. (Flour,sugar,etc.)
3-Structural Factors (The structure of  the tooth,composition of spit,etc.)

Caries can be easily noticed because of its dark cavity.Sometimes cavity may not be seen easily,in that situation dentist can diagnose by using some asistant tools.(For example X-Ray)
We know that caries can?t get beter by itself.If it is not treated it worsens.Than caries has to be filled..
The treatment of caries which did not reach to pulpa:

2-Cleaned Cavity is formed:
While the tooth is filled it is not only cleaned but also formed.According to some definite rules cavity has to be widened because of biomechanic an morphplogic obligations. On choosing the filling materials dentist takes care first,material can endure the preasure of the chewing of back teeth that invisibility in frontal teeth. 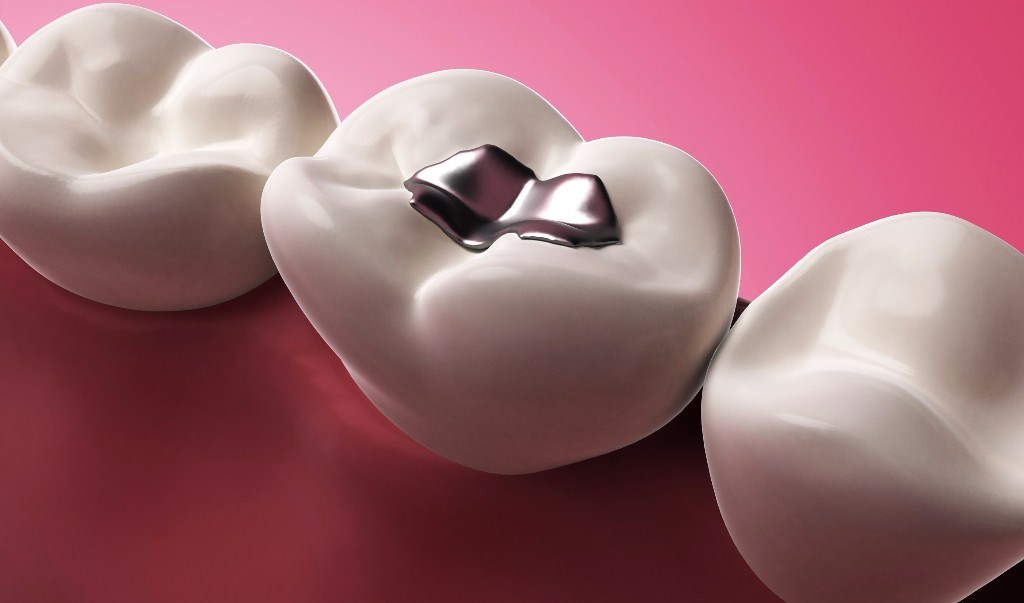 The oldest material which is used nowadays.It is very strong and economic but not aesthetic.It is prepared by mixing %70 silver,%23 tin and a bit zinc and cupper powder with mercury. Mixture is put into the cavity and it is hardened completely in 24 hours.
After amalgam fillings there may be sensetiveness of cold and hot for a short time but,it finishes in time.Also it is rarely seen that because of electric there may be sensetiveness for some people who have some other metal in the mouth orwhen they take  fork or spoon in the mouth.If the sensetiveness is not ended,the filling material can be replaced with any other restorative material.

2-Composite Fillings(Same colour with the naturel tooth):
Aesthetic material (Bonding)but,it is not as strong as amalgam.Mostly it is used for frontal teeth.They are also named white filling because of being the same colour with the naturel teeth.
When it was first developed,it was used only fort he frontal teeth.Now it is more developed and the strength is increased so,it is used also fort he back.The new generation composite has hardness of amalgam.

ADVANTAGES OF COMPOSITE
1-The biggest advantage is being aesthetic.
2-After the filling it can be polished.
3-It is not only used to restore the caries,it is also used for cosmetic changing the shape and the colour of the teeth.

DISADVANTAGES OF COMPOSITE
1-Composite fillings are applied flat by flat and it is hardened by a special light.So it takes more time than amalgam.
2-It is more expensive than amalgam.
3-Colour may change in time.
4-It is not as stron as amalgam.